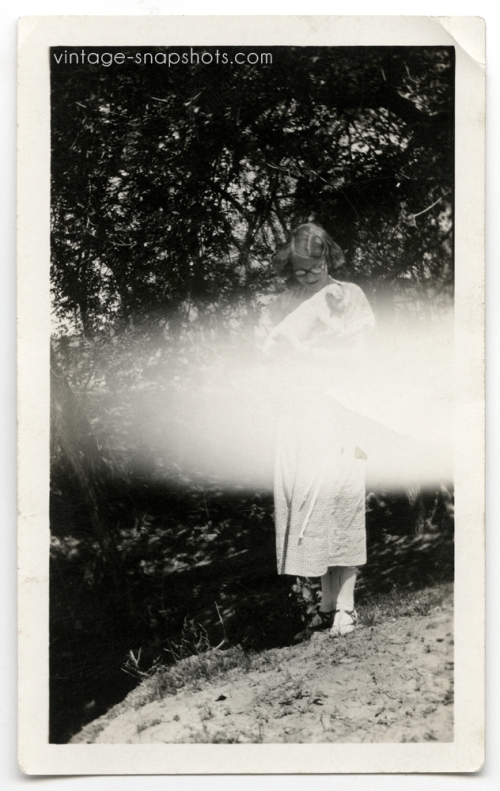 That looks like one nice dog. I would love to know more about him, but — unsurprisingly — can’t find any mention of him anywhere. He seems to have been regarded with affection in any case. 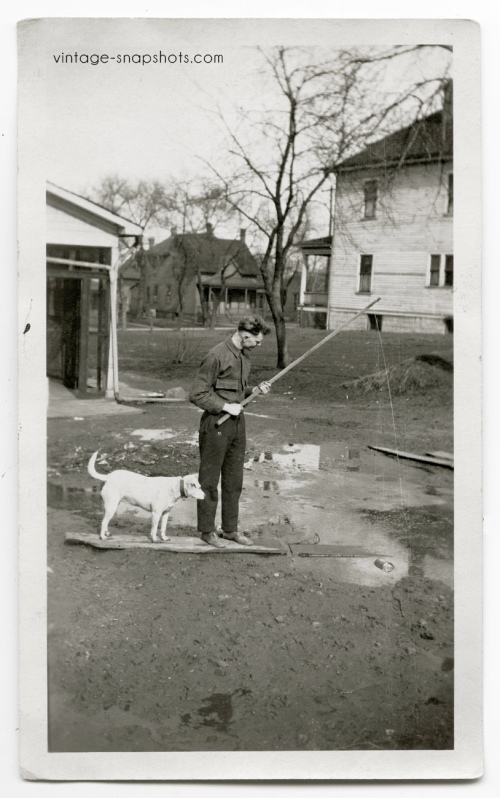 The dog, to me, really makes this one. 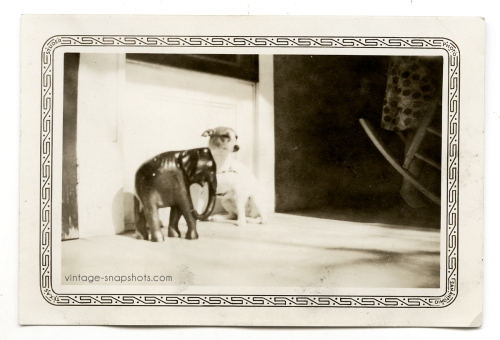 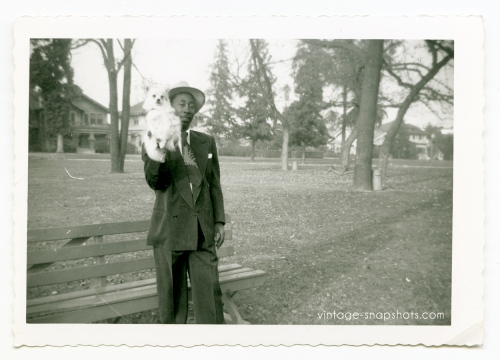 A Cat Named After V-J Day?

The name of the cat in this 1950 snapshot makes me wonder if he was perhaps born on or around V-J Day. ‘Victory Over Japan Day’, which marked the end of WWII, is celebrated in the United States on September 2, after the day in 1945 the surrender document was signed by Japan (although it also applies to August 14 or 15 — depending on whether one takes into account the time zone — which was the day the surrender was announced). The cat looks to be about the right age to me. If he was indeed named after the end of WWII — wow, what a great way to choose a cat name, and in some small way, perhaps a marker of how happy/significant a day that must have been for so many who experienced it.

V-J Day, by the way (the Aug. 14 version), was also the day the famous Times Square kiss photo was taken. The Leica camera that Alfred Eisenstaedt used to take that iconic shot was auctioned earlier this year in Vienna for about $150,000. The camera used to snap “V-Jay” is of course probably long gone, although who knows — perhaps it is sitting in a closet or attic somewhere. And as a final thought, how nice that someone chose to note the subjects and date. Even the “At Home” has something nice about it.

Or at least I assume this result was not exactly what they were trying to achieve. If they were, more power to them. It is sort of a particularly well-composed shot as it stands, and is one of my favorite images at the moment. It makes me at least wonder, though, how many digital photos today may end up being deleted should they at first glance appear something of a mistake. 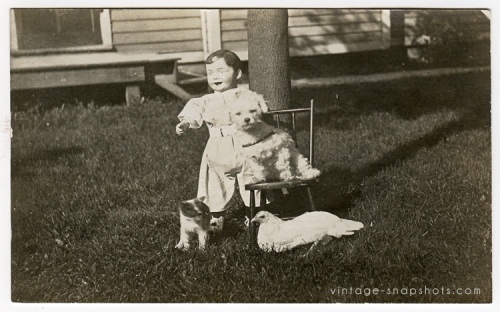 Just one of my favorite, oddball shots. Must have had to snap that one pretty quick, I’d guess.

One Guy Who Isn’t Afraid to Ask for Directions

Apart from the fact that that might be a French bulldog – I’m not sure – this could be seen as a pretty “American” image, with the car, dog and Coke sign. Interestingly, though, it looks like this photographer was holding the camera to their face, not at waist level as in the previous post’s photos.