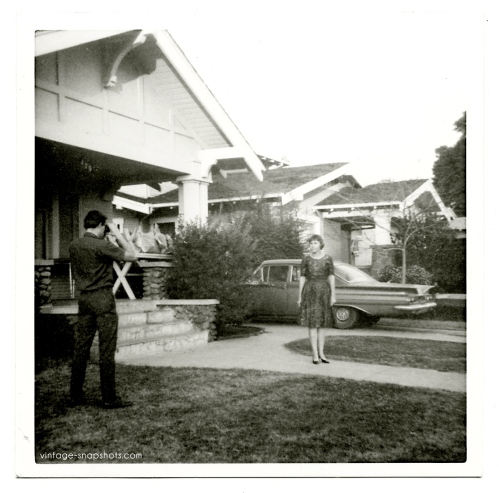 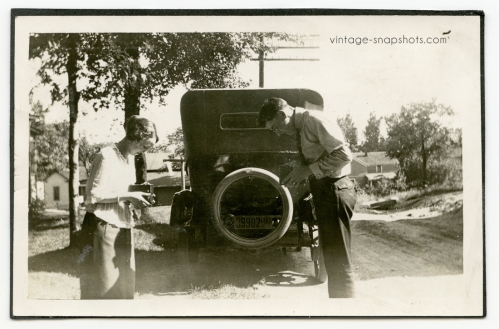 The camera in at least the woman’s hand in this great shot looks to me to be a 1920s Kodak Brownie No. 3, Model B. According to what I have found online, the camera was produced from 1908 – 1934, but the trigger guard visible below her thumb was added to the Model B from 1920 – and the rest appears to match that particular camera, as shown below. 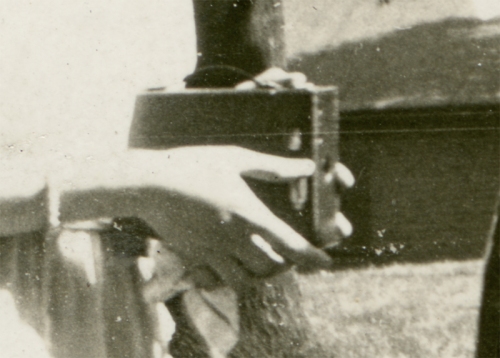 The way it used to work 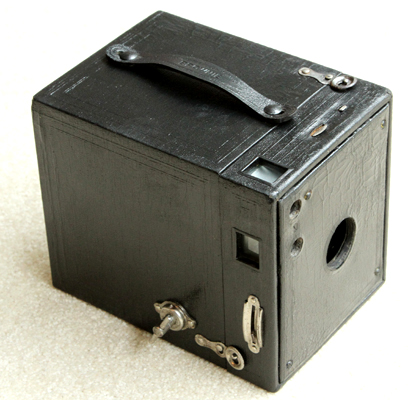 Kodak’s Brownie No. 3, Model B